Before I get to blogging about my drive to Brooklyn, I thought I’d post a few pictures of what I saw coming and going and during. Architecture strikes me, and I’ll cross busy streets and stand in front of buses in order to take a picture of something that strikes me (besides the bus). Here’s a random sampling of what I saw. Enjoy ! 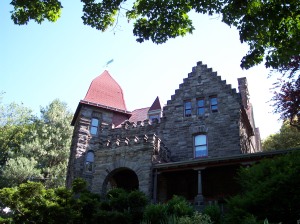 A sturdy home in Philadelphia's Germantown

One of Philadelphia's art museums

A home in Bay Ridge, Brooklyn

Brick underpinnings of the Baltimore basilica

The National Cathedral (Episcopal) in DC 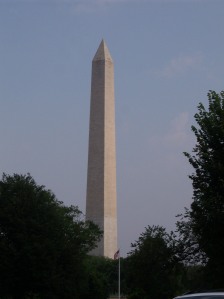 I looked out my car window, and there it was. 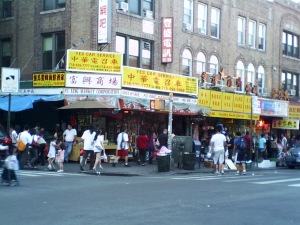 Bay Ridge's last vestige of its Norwegian past 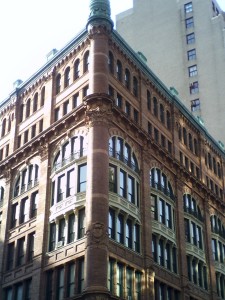 An apartment building in Manhattan

An ancient cemetery in Gravesend, Brooklyn 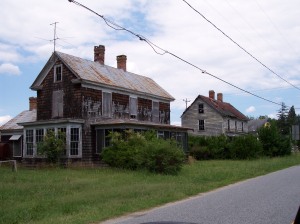 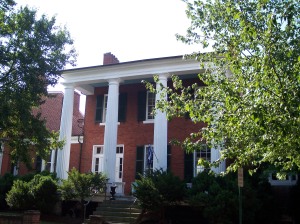 A Tiffany window in the Fredericksburg Episcopal Church

Blueie doing her imitation of Eleanor Parker in "Caged. "

Well, a lot of times Kirk is like a little kid who wants a pet; those big, round, blue eyes are made for staring into pet shop windows wishing he could take a puppy home to raise. Thanks to my allergies, that ain’t ever gonna happen. Cats, dogs, horses… they all cause me to break out in hives and stop breathing. And don’t tell me about hairless, allergen-free animals: it just ain’t so. “Get a Mexican hairless,” you say, but there’s already enough ugly in this house; we don’t need more. Anyway it’s the dander, not the hair, and I refuse to stay drugged for the rest of my life just so we can give Fifi a home.

We’ve had birds in the house before– Norma the Ghost Bird; Bluey Gibbons; and a couple of others whose names escape me. For a while we had all four in one cage, making it look like an avian version of Where the Boys Are. But then they one by one went to bird heaven.

Fast forward to today. A woman who manages a flag shop near where Kirk works gave birth to a clutch of lovebirds. No, it wasn’t an Immaculate Conception; she owned a pair of adults who laid eggs which actually hatched. Like with kittens, it was decided that she had to give the babies away, and so Kirk brought one home “because Jimmy needs a pet.” I think Kirk actually needs a pet– the big, round, blue eye thing– but so be it; one look at this new bird was all it took for me to become a pet owner once again.

She was born on April 1– no wisecracks– and so is just over two months old. I was told that her name is Blue, but I call her Blueie in honor of the dear, departed Bluey Gibbons, whose name was spelled slightly differently.

Blueie is very energetic, and likes to listen to those CD’s of  tropical rain forests which feature a lot of rain, a lot of thunder, and a lot of different birds screeching away. Blueie answers back to those birds and gets very excited in her cage, which gives her exercise and me peace of mind– I hate to think of her in there all day, bored. And this way she can be near me in my office as I work on my short stories because the PC is the only thing in the house that plays music.

She likes to get upside down in her cage, which I suppose gives her a different perspective on things. The parakeets never did that– all they did was sit, staring at us and judging.

I’m also told that we should hand-train Blueie, which would involve going in and getting her and training her to perch on our fingers; we’re also told that she should have a companion eventually, because lovebirds like to nuzzle and coo. These are bird projects for the distant future, I hope; I’m not so good at touching birds. I don’t like them ON me. Years ago Norma was let out of her cage to fly around the house, and went a little wild. I was on the couch smoking a cigarette, and she dived for my eyeballs, intent on scratching them out of my head. I evaporated and reappeared in the locked bedroom, where I cowered until Kirk coaxed her back into her cage. When I finally came out, I remembered my burning cigarette and then finally found it– smoldering amongst the couch cushions. Norma had almost achieved her goal of terrorization and eventual world domination!

The other night Bluey and I watched The Birds, Alfred Hitchcock’s masterpiece from 1963, featuring a comely, classy Tippi Hedren wearing one outfit for three hours– a green linen suit, very chic, very Chanel. The movie also features Suzanne Pleshette and Jessica Tandy. Blueie thought the movie was about birds, but it’s actually about women. The layers of interplay between Tippi, Suzanne, and Jessica are amazing and volatile– and they’re all centered around one man, the shapely Rod Taylor. How 1963! Suzanne also tosses off the most memorable line in the film: as she stares at the twilit sky, she mutters “don’t they ever stop migrating?” So here we are, Blueie and I, pecking away after our two fashions. I’ll be leaving for Brooklyn for a couple of weeks, which will give Kirk a chance to bond with her. I’m sure she’ll hate me for abandoning her, but what can I do? La donna e mobile.