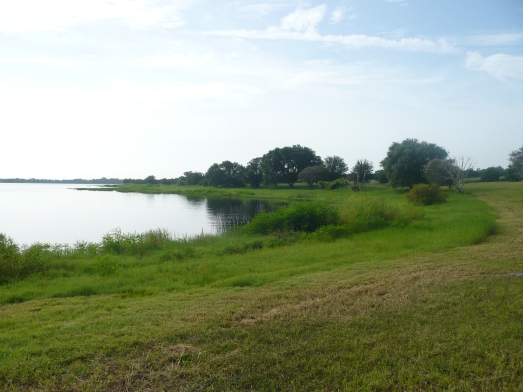 West Highway 50 in the 80s was a dusty four-lane road that stretched from Orlando all the way out to a community called Bayport. I’m not romanticizing– it really was dusty, especially in the low areas near Winter Garden and Oakland that were so flood-prone; after the water from the four o’clock summer thunderstorms steamed off, your car the following morning would kick up clouds of sand and dirt that had washed onto the road from the surrounding groves and vegetable fields.  I used to pore over maps and photostats from the library, looking at property plats, determining what was public and what was private, just so I could go exploring in relative safety. I had to know what all those fascinating map symbols on the State Topographic maps meant: was there really a country church there along the roadside, or an ancient cemetery, or an abandoned barn? And the roads had names and varying gradations of dotted lines, covering all possibilities from “Highway with full control or access” to “primitive” and “impassable” roads. What did they mean by primitive? I had to find out, and so there I drove. “Seasonal dwellings closely spaced.” Boy, was I intrigued!

Just south of an area where they crammed hundreds of pseudo-palazzos into former orange groves that froze in the 1980s you’ll find John’s Lake. You’ll find it written in many ways– Johns Lake, Lake Johns, Lake John– but I and Google Earth agree that John’s Lake is the nicest. Before Google, we had to depend on the aforementioned maps, and road atlases that you’d find at the 7-11. My favorite was the Official Arrow Central Florida Street Map Atlas, published in 1976. Apparently based on much older maps, it lists every community that ever even thought of sprouting up in the area. Lots of old and forgotten train sidelines are listed; thinking they were tiny towns, I’d drive to, say, Neheb, Iowa City, or Kolokee, and find myself in the celery fields surrounding Sanford. You’d think a locality named Iowa City would contain a main street, a post office, and maybe a movie theatre showing Harold Lloyd movies… but no. It was all celery.

This atlas, on a two-page spread, mapped the area just south of Lake Apopka which drew me, probably because I wanted to see how close I could get to the lake. Lots of communities were shown: Killarney, Oakland, Tildenville, Winter Garden, Crown Point, Fullers, Ocoee… Gotha, Beulah. I did them all, happily taking photos of everything I saw– and so much of it is gone these past twenty-five years. I did get to see the lake, from Oakland and Magnolia Park and Winter Garden. Since the reclamation project hadn’t yet started, the air above it was cloudy and the water itself was an unhealthy-looking mucky green. It didn’t look inviting.

One area that intrigued me was something called the Williams Cemetery, situated on a peninsula that poked out into John’s Lake from its south shore. I found out that Williams Road led to it, and so I went out there. In those days you had to go south on Avalon Road from Tildenville, past the gates of the abandoned West Orange Country Club, past the Harlem Heights migrant labor camp, and then west on Marsh Road. Williams Road goes north from Marsh, just a minute east of the Lake County line. I discovered that it petered out into a dirt road marked Private, and so I hesitated to venture further. I still wanted to see how close I could get to John’s Lake, so I went a bit down another dirt road with no sign, near the Lake County border, and captured this scene: 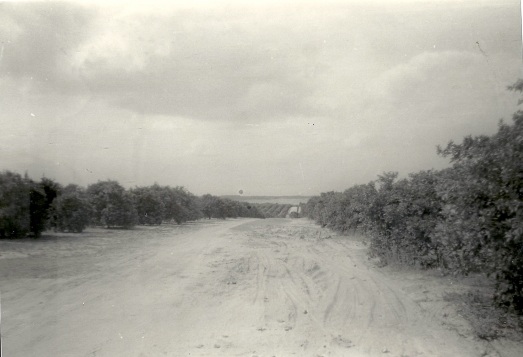 Okay. Fast forward to last week. I was still intrigued by the Williams Cemetery out on John’s Lake. The internet is a wonderful thing and so I went to the Orange County Property Appraiser’s site, pulled up the map, and saw that the peninsula and much of the area was owned and farmed by a local citrus growing corporation. Their office is in Oakland, in the first Charles H. Tilden house. (Those Tildens keep turning up!) All I had to do was call, explain who I was, and why I wanted to go prowling on their property. And the doors opened! The gentleman I spoke said he’d have one of the grove managers call me and arrange a meeting out there, and the manager called a few minutes later and said he’d be happy to give me a tour. Just like that!

We met at 8:30 on a Thursday morning, not too hot yet, and I hopped into his four-wheel-drive all-purpose-vehicle truck as nimbly as I could without spraining anything. In a minute we were driving down Williams Road, and I relished the moment when we rumbled past the Private Everything signs. I was in! 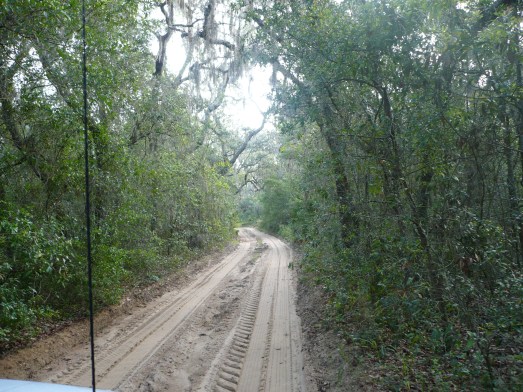 Maps can be wrong– it wasn’t the Williams Cemetery, it was really the Eli Williamson Family Cemetery. There was once a Williamson house out here, but all that’s left is a patch of grass, the foundations of what was once the house’s garage, and the family cemetery.

This huge live oak is right next to the cemetery.

My escort and I couldn’t find the  dogwood tree; we identified a couple of possibilities, but nothing was blooming… maybe next spring we’ll go back. (And there are Shupes in the Oakland Cemetery, incidentally.)

And here are some of the Williamsons: 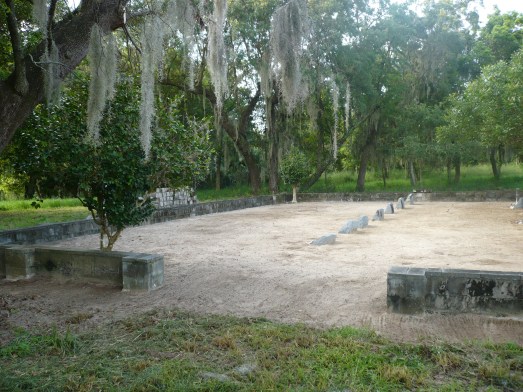 Chase was only too happy to drive me all over the peninsula, and I received a crash course in citrus farming and management. All that strange machinery you see in orange groves? Now I know what it’s for. These prop fans keep groves relatively warm in the event of a freeze– they create an updraft which helps prevent cold air from settling down too close to the trees. Someone’s got to climb up there and oil the works once a year or so. 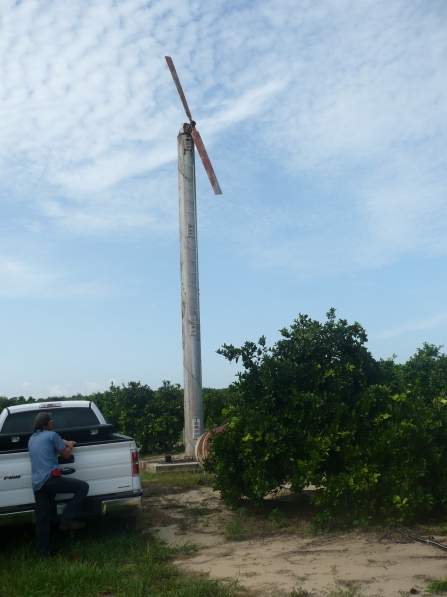 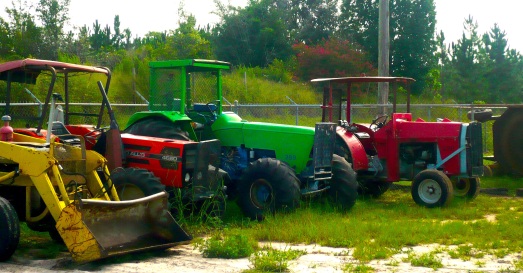 At one point on the peninsula, a large home across the lake was pointed out to me. I realized I was staring at the lakefront view of what was once Osama bin Laden’s brother’s compound; he bought the 1928 Mediterranean-style mansion some years ago, but was escorted out with his family on 9/11. It’s in a gated compound just south of Highway 50, and is for sale.

Only in west Orange County can you learn how to keep orange trees warm AND see Osama bin laden’s brother’s former stomping grounds. It just depends on who you know…