Enjoy this neat little article! Wall Street Journal reporter and author Katherine Rosman just published a piece about a website called “Letters With Character,” on which readers write letters to favorite fictional characters; local author / blogger Nancy Pate had a posting about the site recently, and I wrote in… to Dr. Hannibal Lecter. Katherine Rosman quotes some of my bits, too.

You’ll also enjoy Nancy Pate’s fabulous literary blog at http://patebooks.wordpress.com. Nancy did book reviews for the Orlando Sentinel for many years and is one of Central Florida’s most dedicated readers and commentators.

Let’s get that established right away– it was my brother-in-law who turned 60 recently with much fanfare, not me; I am approaching that milestone, though it is still some years into the future. And who knows what might happen between now and then? I may be celebrating mine on the moon! My sister Lois prepared a surprise party for Mike that would take place in the community house of their golf club. For two months she was making lists; accepting a best friend’s offer to bring back reasonably-priced party favors from Peru; and generally stressing because, being my sister, everything has to be perfect. When I heard “party favors from Peru,” I wondered if we were all going to be wearing those cool hats that many of the natives wear. 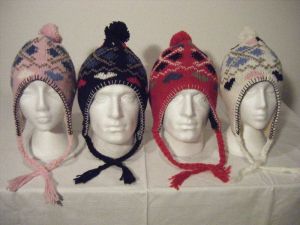 So we got into the car drove once again south though the nothingness that is the Turnpike between my house and south Florida: a plethora of billboards exhorting you to stop at the guest center in Yeehaw Junction for DISCOUNT TICKETS TO ALL MAJOR ATTRACTIONS. Yeah, right; you’d be lucky to find a 50% discount coupon for French fries at the next McDonald’s. Has anyone ever actually stopped at that discount center in Yeehaw Junction? I picture a lot of confused Eastern European families in matching powder blue track suits, demanding half-off coupons for Xanadu, Home of the Future.

(Did you get the chance to see Xanadu before it closed? You didn’t miss much: a lot of hard foam, futuristic walls; a dusty robot standing in a corner; a postcard rack manned by THE most bored clerk I ever saw in my life; a lousy cooling system; and an outdoor walkway that skirted dangerously close to Highway 192.)

Xanadu, Home of the Future. From RoadsideAmerica.com

Nevertheless, even after a fortifying snack of Diet Coke and Snickers bars (me), we had to stop at one of those Turnpike rest centers for a meal. But first you use the rest room, TAKING ULTRA CARE TO NOT TOUCH ANYTHING. Believe me, it’s shocking how many people race from the room after using the plumbing with nary a stop at the sink to wash up. No wonder everybody is sick all the time in this world! And those slobs probably think I’M the crazy one because I use my elbows and feet to touch anything.

You heard it here– there are no longer any more Burger King franchises on the Turnpike; they have been replaced by something called Cheeburger Cheeburger, and let me tell you: they screwed us to the wall and ripped every spare dollar from inside our pants. It was HORRIBLE how much lunch for two cost– almost thirty dollars! It’s a necessary evil to eat on the Turnpike. Everyone says “we’ll bring a bag of nuts and raisins and cartons of orange juice,” but nobody ever does. It’s one of the two times we actually eat on the road, the other time being when we are waiting the three hours before outgoing flights at the airport.  I plan on writing SOME letter to the Turnpike authorities, but not until after I’ve made one of my blistering phone calls to the powers that be. I want names! Cheeburger Cheeburger indeed!

We arrived in Port St. Lucie without further incident, diner’s remorse being more than enough to put up with for the rest of the drive. Lois was predictably firing all burners, ably abetted by her Peruvian friends, both of whom turned out to also be the party caterers. And they weren’t wearing hats–  though the party favors DID turn out to be hats, they were sort of knock-offs of what hosts of 1950’s children’s television shows might have worn:  giant ladybugs; dog heads; strange pirate hats which I am sure would have caused mirth during any international sea-going episode; and octopi. (Made of foam, they immediately caused the partygoers to break out in sweat the minute they were donned.)

Naturally, being summoned four hours before Zero Hour, we were put to work. I found myself teetering on ladders, tacking up paper garlands and trying to find a place to hang the adult pinata AND the disco ball; this was a 1970’s disco-themed celebration, you see. And, as is usual in these situations, Kirk found himself placed in an easy chair blowing up balloons until he turned blue.

People came from all over, representatives of Mike’s various walks of life. And while he and Lois were at the house dressing for the rogue party, all part of an elaborate subterfuge, we guests mingled and tried to find something to talk about.

“So, how do you know Michael? Grammar school, REALLY! And what part of Florida do you live in? Oh, yes, Stuart, I know it.”  You end up having that exact same conversation with everyone you meet. You can’t make wisecracks about Sarah Palin or Glenn Beck or the Pope at this early stage, because you don’t know who yet who is capable of being alienated or insulted; it’s best to save that for later in the party.

Our Uncle John and Aunt Joanne and Cousin Jennifer drove in from Sarasota, and I had had a couple of phone calls with my uncle regarding what he was going to find to wear to this 1970’s-themed fest; I said “just go look in your closet,” but he did manage to find something at Goodwill. That’s where all our 1970’s clothing has gone, in case you were wondering.

When Michael finally did arrive, we weren’t able to get that all-important first photo of shock and awe because he immediately did an about face from the club house and back into the parking lot. “I was embarrassed” he said later, so all we have of that moment are shots and video of Lois gesturing wildly as if to say “you chooch! Madonna mi’,  get inside, there’s a hundred fifty people in there who have to all go to the bathroom after they yell Happy Birthday!”

The disco ball finally got rolling, and a good time was had by all and sundry, hats or no. The food was fabulous, and there was so much of it. For some reason I didn’t eat a lot– could that reason be my fifteen dollar Cheeburger Cheeburger? BOY, am I gonna call the authorities! An apparent high point in the festivities occurred when the adult pinata  gave up its gifts after a few minutes’ worth of tugging at its complex system of ribbons. It wasn’t the kind of pinata that you line up to have a good thwack at with a baseball bat, because Lois was renting the clubhouse and wanted to make sure she got ALL her deposit back. And this pinata, being an adult novelty, spewed things across the floor that you only find in your slightly perverted cousin’s bottom dresser drawer behind the dress socks. I’ll never forget the look on my aunt’s face as a cheap pink plastic model of a penis rolled over to our table. Who, I wanted to know, was the model for this atrocity? Certainly nobody I would ever want to call a friend!

He’s a good brother-in-law, and so it was worth every minute on the Turnpike to go help him celebrate. As is typical of our family events, it’s the preparation and the post mortem that are the most memorable. The actual events are never quiet, and soon after they’re launched, they somehow manage to float up a little into the stratosphere, and that magical sort of thing happens that causes everything to blur into one long, loud smile.

We’re looking forward to his sixty-fifth!

So I consider today another beginning, a new chance at starting over. But starting over from what, you ask? Failed New Year’s resolutions? Diets that have been left at the side of the road like so much crumpled wax paper? Bike tours that never materialized?

Maybe! Though there’s no pressure to do any of those things, I’m the sort that berates myself for not sticking to a program. Everyone says “relax! What’s the rush?” It could also be a self-imposed thing: I told myself that I would take a month’s rest after leaving my last job, and today that month is officially over. See? I unnecessarily set up a deadline, and now it’s here.

That’s why May 1 is another beginning. It’s May Day, a Communist holiday (which will probably feature the Palinites and teabaggers hanging the President in effigy); it’s also the beginning of the Month of Mary, during which the prettiest little girl in the third grade is chosen to crown the statue of Mary in church (assuming that those churches still contain statues of Mary); and it’s officially one month before the start of hurricane season here in Florida, which means we will put off buying emergency supplies until the season’s first storm is just three miles away.

Actually, I’m not as hard on myself as you would gather, because the year is filled with new beginnings. I can always start over again. There’s the standard January 1; then there’s Ash Wednesday; then the First Sunday in Lent for those of us who eat an entire carton of ricotta on the Thursday after Ash Wednesday; then there’s Easter Sunday, THE day of rebirth– much more potent than New Year’s Day.

Failing all that, May 1 comes along… then the first day of Summer, and then comes– after you’ve stared at your bicycle for three weeks without actually getting onto it– July 4, which can be considered one’s own personal Independence Day.

Summer ends, and if you STILL haven’t gotten with the program, the First Day of Autumn with its cool breezes (though I don’t know from cool breezes in Florida) can be a new beginning. Then maybe the beginning of Advent. You’ve got four weeks of that and, if you haven’t managed to write any new short stories in that time, you’ve got Christmas– a different sort of rebirth, but a new beginning just the same.

Seven days later, you can start all over again at January 1 if you managed, somehow, to go through six fruitcakes and four boxes of ribbon candy in the previous week.

And if you really think about it, what are time and calendars but man-made mechanisms placed over the ebb and flow of the Universe? After all, who am I to even dare to create order out of that beautiful chaos? I mean, I wasn’t around when They built it in the first place, so I really shouldn’t have an opinion, right?

Come to think of it, each year has 365 (and sometimes 366) new beginnings. So I can calm down and start all over every twenty-four hours.

And eat ricotta all I want.